BBC’s Question Time is coming to Dudley next week.

A panel yet to be confirmed will discuss and debate topical issues at Dudley Town Hall on Thursday March 7, with people from the borough able to apply to the BBC to be part of a 150-strong audience. 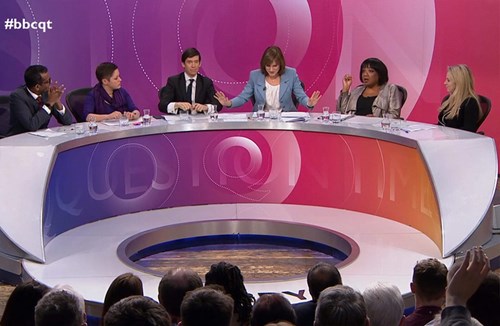 It will be the second time Question Time has visited Dudley. The first was in March 2009, with Douglas Alexander, Andrew Mitchell, Shirley Williams, Toby Young and Germaine Greer on the panel on that occasion.

We are delighted to be hosting Question Time at the Town Hall, giving us the chance to showcase the borough’s premier entertainment venue on a national stage.

I look forward to a lively debate and seeing the people of Dudley put some testing questions to the panel on the issues that affect them.”

People from Dudley and the surrounding area can apply to be part of the audience at www.bbc.co.uk/questiontime or by calling 0330 123 9988.