Dudley Council is encouraging borough residents to mark the milestone anniversary with ‘stay at home’ street parties on Friday 8 May.

Victory in Europe Day marks the day towards the end of World War II when fighting against Nazi Germany in Europe came to an end.

On 8 May 1945, Prime Minister Winston Churchill made an announcement on the radio at 3pm that the war in Europe had come to an end, following Germany's surrender the day before.

The Stay at Home Street Party campaign is encouraging people across the country to decorate their houses in red, white and blue and have a picnic in their front garden to celebrate.

The Royal British Legion is also calling for people to help commemorate the anniversary by joining in with a UK-wide rendition of Dame Vera Lynn’s ‘We’ll Meet Again’ at 9pm on VE day.

BBC One will be featuring the singalong as part of their VE Day broadcast. 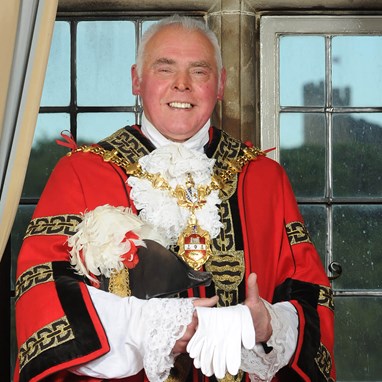 Although we may not be able to celebrate in the style or with the people that we had originally planned, I feel that the stay at home street party truly embraces the spirit of the Second World War.  Many more people now have a greater appreciation for the struggles that people during that time would have endured. I hope that residents will embrace the spirit of the day by dressing their homes, in red, white and blue and enjoy time in their gardens to celebrate this memorable anniversary. However, I must stress the need to follow social distancing rules.