A rogue trader who made false and misleading claims to an elderly consumer whilst selling her a worthless wall coating product has been sentenced to three months imprisonment.

Eco Shield (UK) Ltd based in Kings Norton, Birmingham and previous director Adrian Hillman each pleaded guilty to two offences under the Consumer Protection from Unfair Trading Regulations at Wolverhampton Crown Court on 13 December in a case taken by Dudley trading standards.

The court heard that the company cold called an elderly Stourbridge resident in November 2015 and offered a wall coating system, which would cure damp and save on her energy bills. 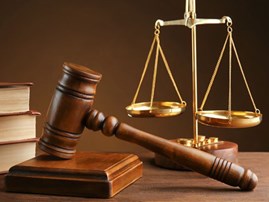 Hillman then carried out a sales presentation in her home and gave her a leaflet making a range of claims around energy saving, water proofing and wall thermal conductivity. This included a claim that water absorption of the external wall rendering would reduce by over 95 per cent.

The resident agreed to have the work carried out at a cost of nearly £2,000 based on these claims but was horrified to find that an appalling job was done which left the rendering cracked and in poor condition and paint over sprayed and splashed on windows, door frames, roof, paving and fence panels and even on her neighbour’s car. Investigations revealed that the product applied was in effect ordinary masonry paint and not the product presented to her in the sales pitch.

An expert chartered surveyor who inspected the work confirmed that the work had no value whatsoever, served no purpose and neither the product applied or the one the consumer thought she had purchased would have met any of the claims to reduce heating bills, save energy or cure wall dampness.

The company and Hillman pleaded guilty to engaging in a commercial practice that was a misleading action and to making misleading omissions in sales presentation and literature.

Hillman (42) was sentenced to three months imprisonment suspended for 12 months and ordered to carry out 120 hours unpaid work. He was also ordered to pay compensation to the elderly customer of £3,320 and costs of £6,500. Eco Shield (UK) Ltd were fined £2,000

HRMC took the decision to increase the VAT rate on so-called energy saving wall coating products from 5 per cent to 20 per cent from September 2018 after Dudley trading standards officers alerted them to the exaggerated claims of benefits of the products made by rogue traders.

The VAT rise will mean that companies who are mis-selling ineffective wall coatings will no longer be able to justify the product`s effectiveness to consumers by referencing the reduced VAT rate. It is hoped this will mean traders will now be less likely to attempt to hard sell such products, and consumers will be less likely to be drawn in.

Our trading standards team works tirelessly to protect people from confidence fraud and we welcome the sentence imposed on this rogue trader for the deceit and false claims.

Along with the bungled work on the house, this has caused untold anguish to the elderly consumer who was pressured into the contract only because she wanted to make her home warm and comfortable and save on heating bills.

After the findings of this and other investigations we decided to alert HRMC to how the lower VAT rate was being used to exploit people who are vulnerable and elderly, as well as to avoid tax.

We welcome the decision to make the VAT rise, which will see a significant increase in duty raised and a reduction in the mis-selling of energy saving wall coatings across the country.”

Anyone wanting to report incidents of bogus callers in Dudley can call 01384 812045.