Strictly Come Dancing returns to our screens this weekend – and past and present stars of the hit BBC series are coming to Stourbridge next year to showcase their skills.

Ian Waite and Vincent Simone will be bringing Act Two of The Ballroom Boys to Stourbridge Town Hall on Saturday May 23, following a successful first show at Dudley Town Hall in June. 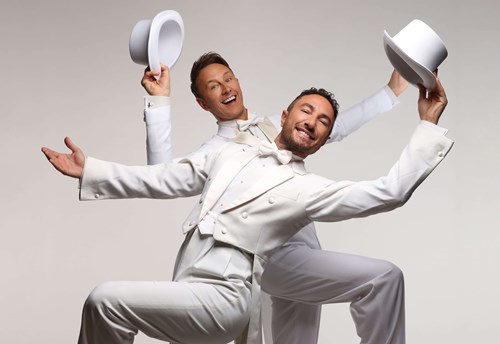 And current Strictly professional Neil Jones – a three-time world champion and eight-time British champion in ballroom dancing – brings his show Gingerland to the same venue on Friday June 26 as part of his debut UK tour.

Tickets are now on sale for both shows, with VIP meet and greet opportunities also available to get up close and personal with the stars.

Former Strictly favourites Ian and Vincent took Dudley by storm earlier this year with their show The Ballroom Boys - and Act Two looks set to be another knockout production.

World Champion and current Strictly professional Neil Jones is a real class act and we can't wait to host a date on his first ever UK tour.

Ian Waite appeared in seven series of Strictly from 2004 to 2010, finishing runner-up with Denise Lewis in 2004 and third place with Zoe Ball in 2005.

The 48-year-old also appeared in three of the show’s national tours and a number of Strictly specials.

Italian Vincent Simone also appeared in seven series of the show between 2004 and 2012. He danced with the likes of singer Rachel Stevens, finishing runner-up, MP Edwina Currie and actress Natalie Cassidy. He has also appeared in I’m A Celebrity Get Me Out of Here!

Neil Jones has been part of the team at Strictly since 2016 but has yet to be paired with a female celebrity partner. He is tipped to make his televised debut on the show this year. He has won 45 dance championship titles in a glittering ballroom career.