Sir Lenny Henry is returning to Dudley to perform in his home town later this year, it was revealed today.

The legendary comic, who was born and raised in the borough, will perform at Dudley Town Hall for the first time since 2011 on Friday November 22.

His new show is called An Evening With Lenny Henry: Who Am I, Again? It is based on his memoirs, which are due to be published in October. 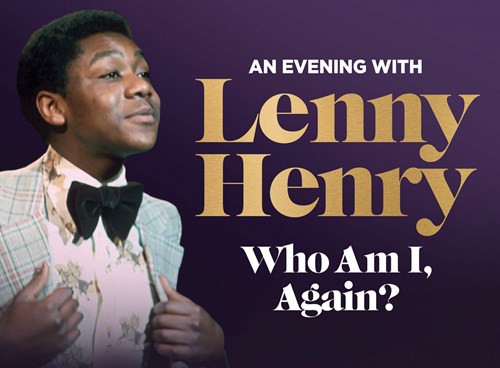 In part one of the show, Lenny will recall stories from life growing up in the Black Country. After an interval, he will be interviewed by broadcaster and author Jon Canter before taking questions from the audience.

Tickets go on sale at 10am on Friday and are expected to be snapped up quickly.

I’m looking forward to travelling round and telling these stories.

Writing the book was a huge feat and I’m very proud of it. I can’t wait to share more stories and fun about growing up in the Midlands, my early days in the pubs, clubs and discotheques and of course working on Tiswas, Three of a Kind and The Lenny Henry Show.

The show promises to be an evening of memories, laughter and fun – I can’t wait to get started.”

We’re hugely honoured to welcome the legendary Sir Lenny Henry back home to Dudley for what promises to be a very special evening.

Sir Lenny is Dudley’s most famous son. He was quite rightly granted freedom of the borough in 2013 and was awarded a knighthood in 2015.

We last had the pleasure of hosting a show with Lenny in 2011, and we really can’t wait to see him back on stage here again later this year.”