Proposals to create a Business Improvement District to improve trade and generate more than £700,000 in Stourbridge are moving forward.

At its meeting on Wednesday 27 June, Dudley Council’s cabinet will be asked to approve the proposal for the Stourbridge Business Improvement District (BID) and the associated timescales. 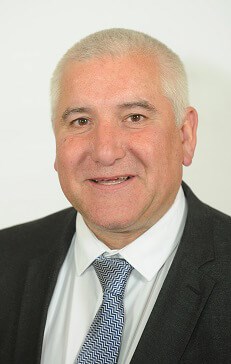 BIDs are made up of local businesses, which each pay a levy, a small percentage of a business’s rateable value, to a BID company.

The proposal put forward by the Stourbridge BID organisers, supported by Dudley Council, Stourbridge Chamber of Trade, The Ryemarket Shopping Centre and other organisations, estimates that approximately £140,000 each year could be generated via the levy.

If proposals are approved by cabinet, businesses in the area would be asked to take part in a ballot to vote in favour of the proposal later this summer.  If successful the BID would begin operating shortly afterwards.

The funds would then be used on improvements, decided by members of the BID, on things like improved security, events, promotion and the environment.

It would be ring-fenced to spend on specific projects agreed by the businesses in the BID for the benefit of trade in their area.

BIDs have a proven track record in bringing businesses together to improve their districts, attract additional funding and promote what they have to offer and following on from the success of the Halesowen BID we are delighted to be supporting a similar scheme for Stourbridge.

There is a strong business case in place and if successful it would give businesses the opportunity to take control and invest in the areas they operate within to boost trade, jobs and footfall in the area. Any investment of this kind will always be welcomed by my authority.”

A Stourbridge BID would offer the businesses of the town an opportunity to work together to raise funds and have control of where and how the money would be spent to improve the health and vitality of the town centre, whether it was improving parking, signage, cleanliness, security or marketing.”

For more information about the proposals, people can visit www.stourbridgebid.co.uk