Strictly stars to waltz into Dudley

Two stars of TV’s Strictly Come Dancing will be waltzing into Dudley next year to showcase all their best moves on stage.

Ian Waite and Vincent Simone will perform as “The Ballroom Boys” at Dudley Town Hall on Thursday June 27. 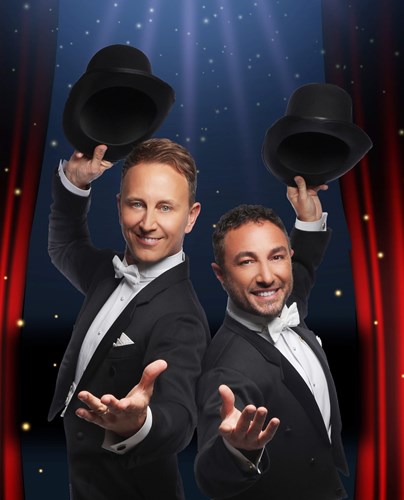 Waite appeared in seven series of the BBC show from 2004 to 2010, finishing runner-up with Denise Lewis in 2004 and third place with Zoe Ball in 2005. The 47-year-old also appeared in three of the Strictly national tours and a number of Strictly Christmas specials.

Italian Simone also appeared in seven series of the show between 2004 and 2012. He danced with the likes of singer Rachel Stevens, finishing runner-up, MP Edwina Currie and actress Natalie Cassidy. He has also appeared in I’m A Celebrity Get Me Out of Here!

The pair will be joined by two professional female dancers and a vocalist in a night packed with dance, song, and audience banter. Dances will include the Waltz, Quickstep, Paso Doble, Foxtrot and the Argentine Tango.

Tickets are now on sale for the show, which is produced by Strictly Theatre Co. They include a limited number of VIP tickets to include a pre-show meet and greet with the boys for autograph and photo opportunities.

Ian and Vincent were hugely popular during their time on Strictly Come Dancing, and this promises to be a really exciting evening in the company of two top professionals.”