Sun going down on glorious weekend

The sun is going down on a glorious weekend of live music, comedy and entertainment enjoyed by thousands at Himley Hall and Park.

As temperatures continued to soar today (July 17), thousands, including many families, enjoyed a fantastic line up of music, comedy and family entertainment at the popular Musicom event. 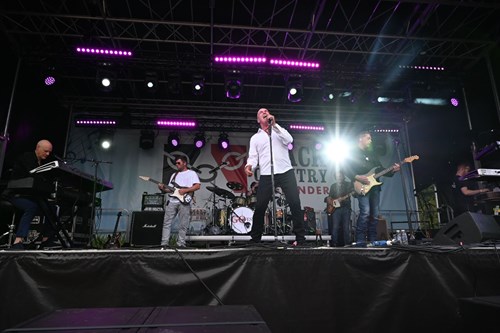 The park was transported back to the 80s as crowds sang along to music from headliners Go West, the Fizz and Roland Gift from the Fine Young Cannibals.

A host of tribute acts include Dua Lipa, Rule the World – Take That tribute, The Elvis Experience also wowed the crowds while top comedians including Ryan Gough, Duncan Oakley and Susan Murray performed in the comedy tent.

Yesterday (July 16), thousands partied to the sounds of the White Isle when Ibiza Proms kicked off the Weekender event.

Crowds were thrilled with classics from The House & Garage Orchestra with special guest vocalists and DJs including local favourite DJ Stuart Ojelay .

The 20-piece orchestra performed a collection of Ibiza Dance anthems, classic hits and contemporary tracks for the ultimate party in the park.

What a weekend for our first ever Weekender event.

The sun shone, temperatures soared and there was not a rain drop in sight, perfect conditions for a two-day music and comedy event.

Thanks to all the acts and the performers who put on a stellar show and brought the party atmosphere to the park.

And thanks to everyone who came along and supported the events and helped make it a weekend to remember.