Thousands of pounds stolen from people on so called ‘sucker lists’ have already been reclaimed thanks to a new fraud-busting unit in Dudley. 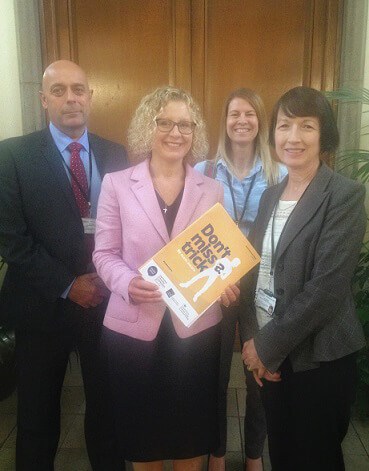 Dudley Council’s Trading Standards was recently given £300,000 over a three-year period to set up a dedicated scams unit to target financial criminals who prey on vulnerable people on these so called ‘sucker lists’.

Estimates show that by 2020 there will be one million people on sucker lists, which are used by fraudsters to identify and target their victims.

The people on these lists are often older, lonely and vulnerable and the criminals know they are more likely to be susceptible to financial scams.

Fraudsters use sophisticated techniques to win people round, earn their trust and in some cases convince them to part with large quantities of cash.

The council has launched a drive to tackle the issue and promote the key warnings signs as part of this month’s national scam awareness month.

If people start to receive large quantities of junk mail, nuisance calls or are visiting the Post Office or bank more often than usual then this could be a sign they are being targeted.

Officers from the unit are visiting vulnerable and lonely people in the community each week and are talking to them about the warning signs of being targeted and are investigating claims of potential scams, which lead to prosecution.

The team is also working closely with social services to refer people who would benefit from some support, whether that is attending local groups and activities or receiving care in the home, to prevent them becoming lonely and isolated.

This scheme is about making the borough a safe place to live. We want to send a clear sign to fraudsters that their criminal behaviour will not be tolerated in our borough. We are taking action and putting support measures in place for our most vulnerable residents who we know are more likely to be a victim of a financial scam. Key to this project’s success is a joined up approach across the council to prevent people becoming lonely and isolated in the first place, meaning they will be less likely to become a victim

If anyone is concerned that they or someone they know may have fallen victim to financial scams, they should contact the trading standards’ scams team.