Top tribute bands UB40 – Labour of Love, Bootleg Abba, The Killers Kollective, Adele by Jo Farrow and BRUNO – a tribute to Bruno Mars took to the main stage at the huge outdoor festival at Himley Hall and Park, supported by local singers and bands. 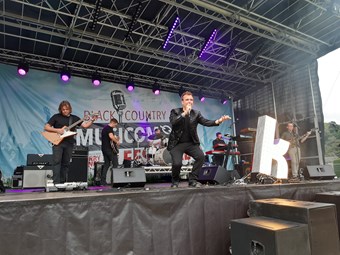 The Mayor of Dudley, Councillor Anne Millward, also took to the stage to thank everyone for their support and resilience over the past 18 months and pay tribute to NHS along with frontline care staff, who have been honoured for their crucial role fighting coronavirus with the freedom of the borough.

It’s a been such a fantastic day! Black Country Musicom has once again delivered an amazing mix of music and comedy from top tribute acts and comedians alongside our local talent.

And it was a real privilege for me to get up on stage to thank everyone for their incredible resilience and community spirit over the past 18 months - and also to pay tribute to the NHS and frontline workers for their work in serving the people of Dudley borough during the Covid-19 pandemic.

I’m delighted so many people have joined us today. It really has been a celebration of everything that is great about the Black Country.”

There were also plenty of other attractions at the event, which was postponed from July, including a funfair, food and drink stalls, games and activities for all the family. 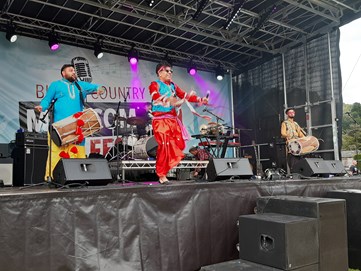 Editor’s notes
Last July the council granted Freedom of the Borough to the NHS, public health, adult social care, children’s services, bereavement services and voluntary sector workers for their work in serving the people of Dudley borough during the Covid-19 pandemic. It’s the highest honour a council can give

Musicom is sponsored by Harry Jones Company and Jewson.