Oasis, Little Mix, The Spice Girls and Queen tribute bands took to the main stage at the huge outdoor music and comedy festival at Himley Hall and Park on Black Country Day (July 14). 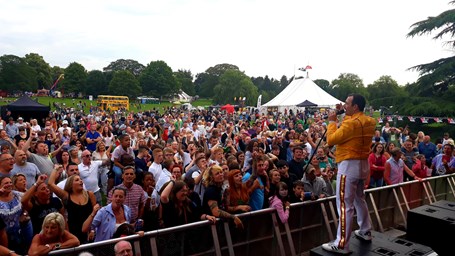 But there was also a distinctly local flavour to the day’s musical entertainment as local bands and artists, including singer song writers Jess Silk and Alex Ohm, Sedgley ukulele player Joe James Thomas and Gornal band The Empty Can also performed to the crowds.

Meanwhile in the comedy tent were top comedians, included Gary Delaney and Darren Harriott, both as seen on Live at the Apollo and Mock the Week.

What a fantastic event this has been. Our first ever Musicom has delivered an amazing mix of top tribute bands and stand-up comedians, along with the cream of local talent.

It’s been an amazing day, with something for the whole family to enjoy. I’m delighted so many people have joined us to mark this year’s Black Country Day with this music and comedy extravaganza.”

For youngsters there was a fun fair and a whole host of children’s activities, including a sandpit, garden games, balloon modelling, face painting and animal encounters. 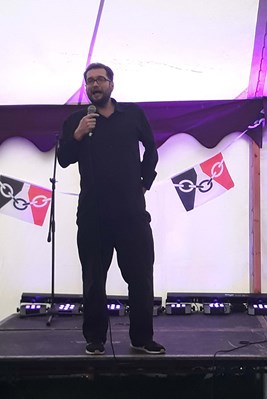 A dedicated teenage area had DJs, gaming tournaments, virtual reality, glitter artists and a chill out area, while there will also be football and other sporting activities.

There was also real ale and street food, along with demonstrations of traditional Black Country crafts including canal art and glass blowing.