Thousands of people lined the streets of the borough to celebrate the Queen’s Baton Relay passing through en route to the Birmingham 2022 Commonwealth Games.

Baton bearers including Paralympian cyclist Helen Scott and Strictly star Amy Dowden took centre stage as it moved from Halesowen to its final stop at The Waterfront via Stourbridge, Brierley Hill and Dudley. 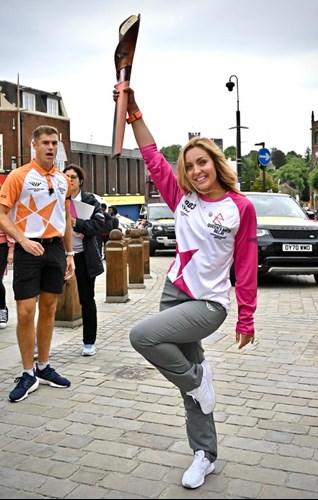 The celebrations began when the Queen's Baton arrived in Halesowen town centre for the Halesowen Fun Run. Just before the Fun Run kicked off, Batonbearers headed off on their relay around the town centre. They included Scott, a double Commonwealth gold medallist, and basketball coach and former Birmingham Bullets star Clive Allen. 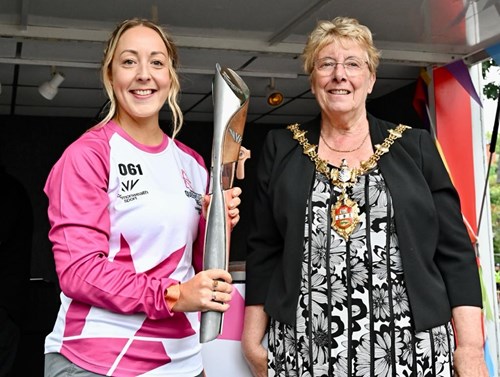 The relay then headed to Stourbridge, where it passed through Mary Stevens Park. Halesowen Scout Band performed live on the band stand as the Baton took in Queen’s Drive, the lake and the Frank Foley statue. 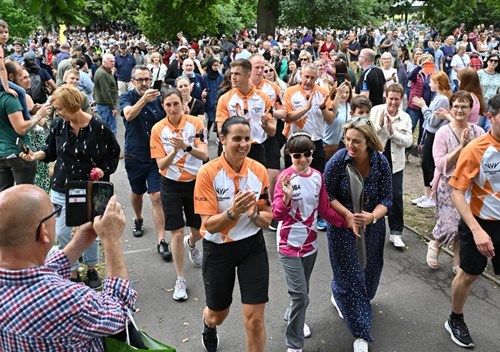 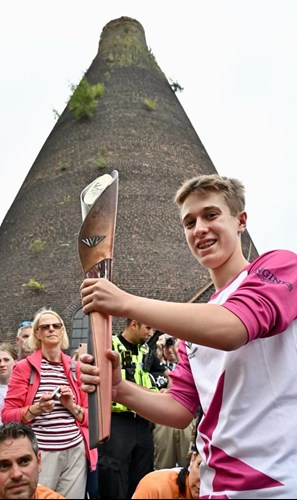 The journey through the borough then continued on to Dudley. Batonbearers made their way down the streets of the Black Country Living Museum before it moved on to Dudley Zoo and Castle. 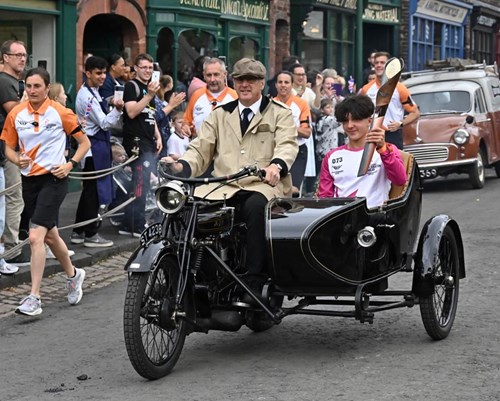 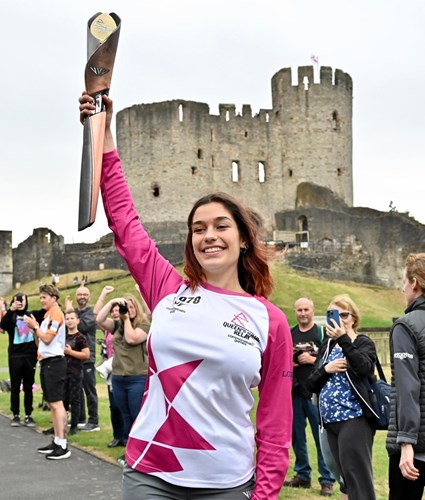 The council held a civic event led by the Mayor of Dudley, Councillor Sue Greenaway, to celebrate the arrival of the Baton at Coronation Gardens opposite the Council House.

The relay continued into the town centre, where 100 local Brownies and Guides and the Got 2 Sing Choir welcomed the Batonbearers in Stone Square. 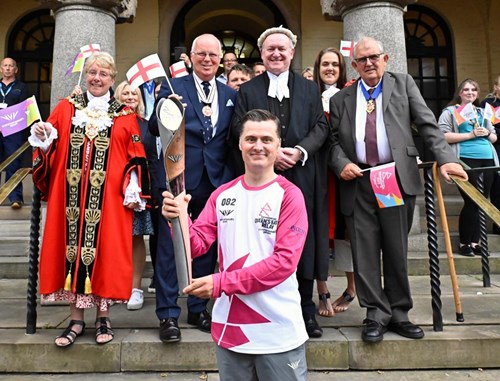 From there, the relay headed to Brierley Hill. The Queen's Baton made its way through High Street in the town centre, which is set to undergo major refurbishment starting later this year. It then moved to its final destination at The Waterfront.

A free family fun day was held at the canalside complex from 12pm to 8pm and scores of families enjoyed live entertainment, dancers, jugglers, stilt walkers, a cycling skill track and food from Digbeth Dining Club. 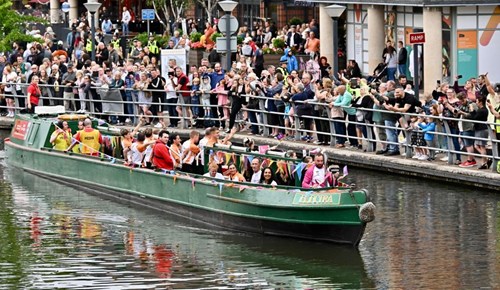 Crowds at The Waterfront, Merry Hill

The baton was carried in by Councillor Shaz Saleem, a prolific charity fundraiser. He passed it on to the last carrier of the baton in the borough, Brierley Hill’s Lions Amateur Boxing Club coach Kevin Dillon. 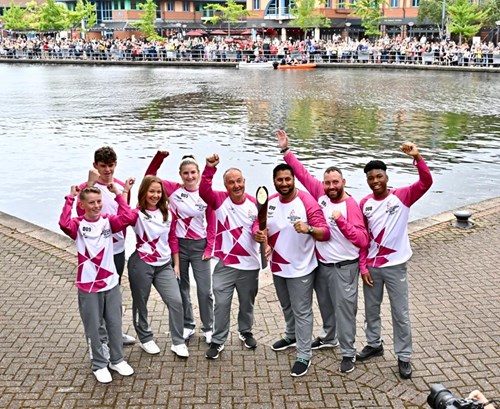 Batonbearers at The Waterfront, Merry Hill

It then departed by barge along the famous Dudley No.1 Canal, ready to begin the next stage of its journey to the opening ceremony on Thursday. (July 28)

It was fantastic to see so many people turn out to see the Queen’s Baton pass through the borough.

It was a real once in a lifetime opportunity, especially for the lucky ones chosen to carry the baton and who all have inspirational stories to tell.

We’re delighted that Dudley borough was able to be one of the final destinations for the Queen’s Baton before it arrives in Birmingham next week, and look forward to the start of the Games.