Occupancy rates at Dudley Market have rocketed by 60 per cent in 12 months, new figures have revealed today.

Council bosses have hailed the work done by new operators Tudor Markets after the company won the contract last summer.

The brief was to make Dudley Marketplace a thriving place once more – and the latest available figures show Tudor sold 1,107 stalls in June, an increase of 415 on the 692 sold during June last year. 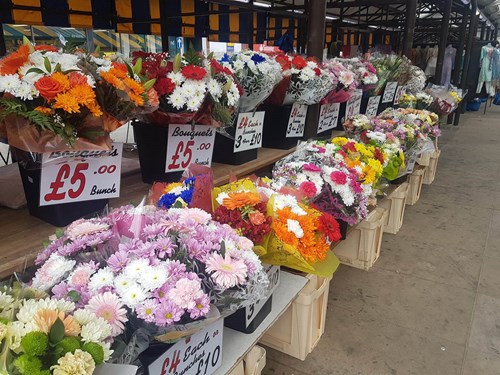 Every stall is now occupied on Wednesdays – the busiest market day in the town – while occupancy rates are around the 70 per cent mark for increasingly popular Tuesdays and Thursdays.

Tudor has signed up 15 permanent new market traders since taking over the contract in July last year, as well as attracting a number of new weekly casual traders.

A new “ethnic market day” has also proved popular, particularly with students, while Tudor also played a leading role in last year’s big Christmas lights switch-on in the town. The company spearheaded the organisation of the event which saw thousands attend as TV’s Alison Hammond pressed the button.

We are absolutely delighted with Tudor Markets – they came with a proven track record and in terms of delivery, it’s very much so far so good.

To their credit, they have invested heavily in a bid to rejuvenate the market, which, let’s be honest, was struggling.

They had to get through a difficult first few months and then a cold and tough winter, but the figures here suggest the tide is turning.

I hope it continues, because a thriving marketplace is crucial for any successful town centre.

We’re really pleased with our first year running the market in Dudley.

It was tough initially, but the figures suggest we’re getting there and we’ll keep working hard to try and give people in the town a market they can be proud of.

Tudor Markets is hosting a Big Day Out in the marketplace on Saturday September 1st. The family fun day will feature live entertainment, a fun fair, food court area and all are welcome to attend.