A special school in Dudley has received top marks from government watchdog Ofsted for the third time in a row.

Inspectors said The Old Park School in Dudley “continues to be outstanding” following a visit to the Thorns Road site in November.

It follows on from previous visits by Ofsted in 2010 and 2013 in which the school – which teaches children with severe and complex learning difficulties - also received the highest possible “outstanding” rating. 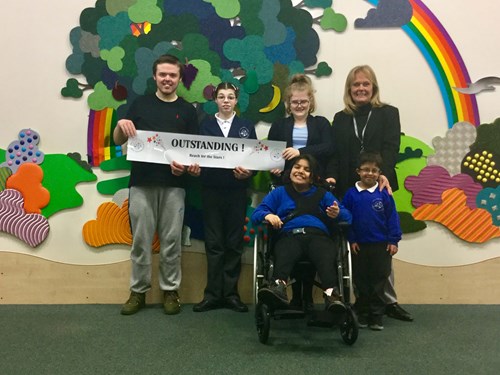 In the latest report, inspectors said “good and outstanding teaching” enabled pupils at the school to make “excellent progress”. The report said pupils felt “valued and confident” and that the compassion shown by staff to children was “heart-warming”.

Inspectors said senior leaders were “dynamic and forward thinking” and praised leadership at the school, as well as the progress being made by pupils, as “exceptionally strong”.

The report said parents felt assured their children were safe at the school and were “incredibly grateful” for the support it provided them with.

We are absolutely delighted to have been rated ‘outstanding’ again for the third time.

The outcome we have received is testament to the hard work of all staff and pupils and also the tremendous support we receive from governors, parents and carers.

It’s been a real team effort and I am extremely proud that this has been recognised by Ofsted.”

The governors were delighted that Ofsted judged The Old Park School to be outstanding for the third time.

The headteacher and all staff are to be congratulated for their continued work to achieve outstanding outcomes for all pupils.”

During the visit, inspectors spoke to senior leaders, governors and several members of staff. They also observed classes being taught and looked at responses from parent surveys sent out by the school.