Travellers site decision to be reviewed

Plans for a temporary travellers site in Coseley have been put on hold while council bosses review the decision.

New leader of the council Councillor Pete Lowe, said the council had a duty to ensure the right decision is made. 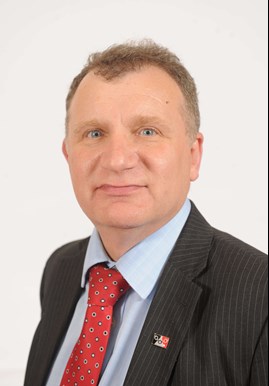 An area in Budden Road had been earmarked for the site and received planning permission in May this year.
But Councillor Lowe, who became leader of the council this week, has now called the decision in for review.

While we recognise the value in a temporary travellers site in the borough we are reviewing the decision to make sure it’s built in the most appropriate place.

We will make sure that review is done as swiftly as possible, but at this point we are not ruling any options in or out."

The local authority is planning to spend £280,000 converting the council-owned land into a temporary site for travellers.

Council bosses say having such a site in the borough will cut down drastically on the number of illegal encampments by travellers at parks and beauty spots. The council is currently spending £150,000 a year on legal fees and clean-up costs.

Having a temporary area will allow the police and the council to act far more quickly to remove travellers from such unauthorised encampments, according to data from neighbouring authorities which already have transit sites.

The government Minister gave backing for the site earlier this month.