Leading Dudley councillors have paid tribute to a local businessman, who has sadly passed away.

It has been confirmed that Geoff Hill, a liked and well-known local businessman and fundraiser, has died at the age of 91. 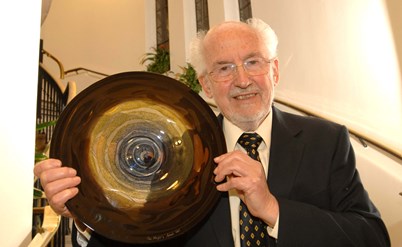 Geoff was best known for running Geoff Hill Electricals in Amblecote, Stourbridge and dedicating more than 40 years to raising millions of pounds for charity.

His efforts were recognised when in 2004 he was an awarded an MBE and in 2009 he won a public vote to be awarded the first Mayor’s Award at Dudley Council’s annual civic awards.

Geoff Hill raised millions of pounds for charity and was an extremely well known and well liked character in our community. He will be sadly missed by everyone and our thoughts are with his loved ones at this sad time."

All of us at Dudley Council are saddened to hear of Geoff’s passing and would like to send our sincere condolences to his family and friends.

Geoff was an upstanding member of our community who’s dedicated much of his adult life to raising millions of pounds for worthy causes. His generosity and enthusiasm to help people is an inspiration to us all and he will be sadly missed.”