Tributes to tennis ace on her retirement

Tributes have been paid to Halesowen’s Jordanne Whiley who announced her retirement from wheelchair tennis after a glittering career.

The Mayor of Dudley and cabinet member responsible for sports facilities in the borough today both praised the local superstar. 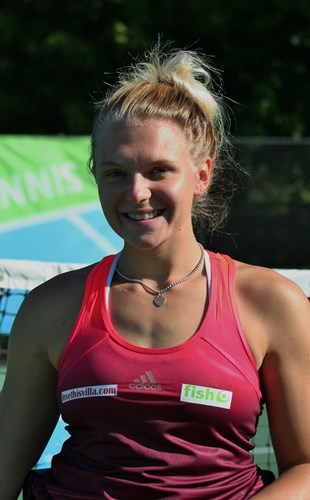 Jordanne, aged 29, was awarded freedom of Dudley borough in 2016 in recognition of her contribution to the sport and flying the flag for the borough.

She is a 13-time grand slam champion who most recently bronze and silver at the Tokyo Olympics.

Jordanne’s record speaks for itself and her retirement will be a huge loss to the sport. But to say she has earned her retirement is an understatement after winning so many world titles.

I wish her all the best in her retirement and thank her for flying the flag for the borough in sport around the world.

We are very fortunate to have a long legacy of home grown sporting heroes but Jordanne’s record stands out from the crowd.

We must do more to encourage more young people into sport, inspired by the successes this incredible sporting star has had all around the world. Thank you for being an outstanding role model. Everyone in the borough wishes you all the best with your next challenge, whatever that may be.

Born with brittle bone disease, she first took up tennis at the age of three and became Britain's youngest national women's singles champion in 2007 at the age of 14.

Jordanne became the first British female wheelchair tennis player to win a Grand Slam singles title at the 2015 US Open.

She received an MBE in 2015 for services to wheelchair tennis and won the 2017 Wimbledon doubles title while pregnant.