A popular stand-up comedian has announced his return to Dudley for two dates on his latest tour, following previous acclaimed sell-out shows.

Top TV comic Paul Chowdhry - who has appeared on the likes of BBC’s Live At The Apollo and Taskmaster on Dave - is bringing his latest show Family-Friendly Comedian to Dudley Town Hall. 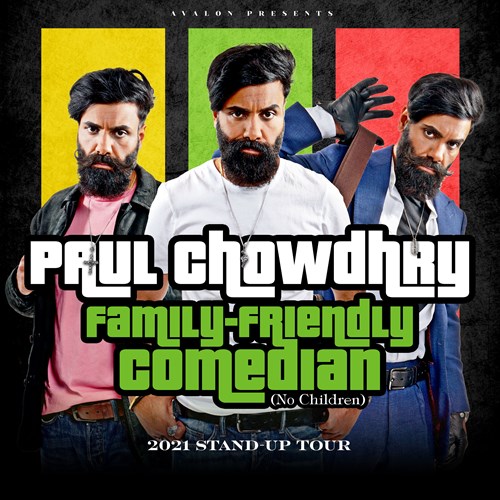 Chowdhry will be at the St James’s Road venue on Thursday November 4 and Friday November 5.

Tickets for the two dates will go on sale at 10am on Friday and are expected to be snapped up quickly, after the star rapidly sold out last time around in October 2017 and February 2018.

The show promises to tackle the UK’s handling of the pandemic, why the rule of six only worked for white people, fame, England football fans and Tom Cruise landing his helicopter in someone’s garden.

Paul Chowdhry is one of the UK's finest stand-ups, so we're delighted to have secured two Dudley Town Hall dates on his brand new tour.

Paul's previous shows with us in Dudley sold out and everyone had a fantastic time, so we're really excited to be able to welcome him back.