World cyclists to pedal-power through Dudley

Top cyclists from all over the world will be racing through the streets of Dudley borough when the Commonwealth Games come to town.

Dudley will be hosting a large section of the cycling time trial on August 4 next year.

The race starts and finishes in Wolverhampton, but much of the course will be along the streets of the borough taking in key sites such as Himley Hall, Coronation Gardens, Sedgley High Street and Stone Street Square. 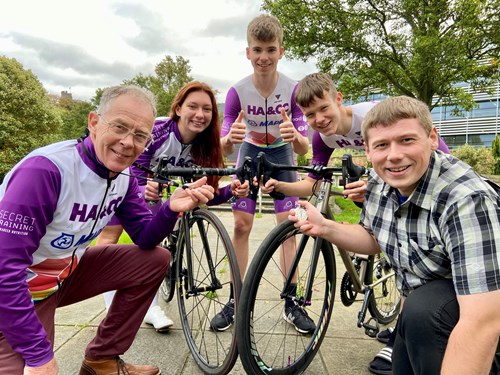 It is a major coup for the borough to welcome some of the world’s top athletes to compete on the world stage.

This is a significant event through the heart of Dudley. The focus of the games has been on Birmingham but we have an opportunity to showcase what we have in the borough. From the changing the skyline as part of the £1billlion regeneration programme in Dudley to the more established historic sites like Himley Hall.

This is our opportunity to be part of a global event and I am delighted we have been chosen to do that. 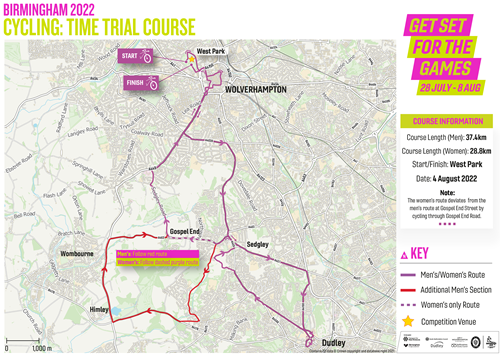 Halesowen Cycling Club joined senior council bosses to begin the countdown to the games next year. Club chairman, David Viner has been lobbying for the course to come through the borough for many months.

The club, which has been running since 1937, is one of the leading cycling clubs in the West Midlands and has a proven track record of developing world class cyclists such as Olympians Jess Varnish and Helen Scott.

Cycling is one of the traditional events at the Games and this is a wonderful opportunity to not only inspire the next generation of cyclists but the sporting stars of the future.

We already have some incredible riders at the club who are already making a noise on the national stage. That means cycling in the borough is in a very good place so it is only right that the organisers have chosen to bring some of the biggest names in the sport here.

The Games take place next summer with the cycling time trial taking place on August 4.

The time trial runs through Dudley town centre from the Birmingham New Road, and passes Coronation Gardens and Stone Street Square. It also takes in Sedgley, Gornal before heading past the historic Himley Hall.

Councillor Simon Phipps (right) with David Viner (left) along with (back left to right) Kinga Ingram, David Hird and William Simons, all from Halesowen Cycling Club.