There was lots of lively discussion in the council chamber when the annual primary school debates returned to Dudley Council House.

Schoolchildren from 11 borough schools debated a range of hot topics in the council house. Each motion lasted 30 minutes with students from each school presenting their case for and against, with all debates chaired by a local councillor. 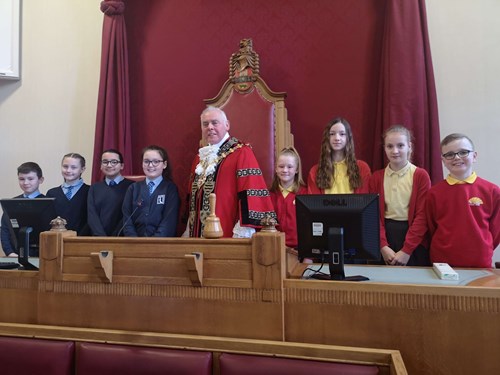 The motions proposed include a ban on under 16s having social media accounts; whether everyone should be vegetarian; that children in primary schools should choose their own subjects to learn; and whether all children should get a free school meal.

The year 5 and 6 children prepared their arguments with their teachers at school and came to Dudley Council House to present their case in the council chamber across two sessions on Friday (January 31). 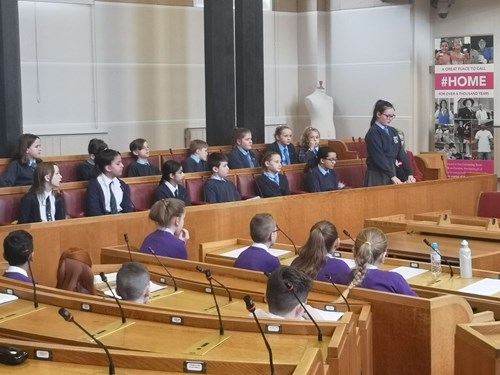 A further 12 schools will debate in the chamber on Friday February 7.

I was lucky enough to chair the debate between Roberts Primary School and St Mary’s CE, who were debating whether children under 16 should be allowed to have social media accounts.

I was hugely impressed by the children and the level of debate. I could see they’d done a lot of research and were really enthusiastic about their topics.

These debates, which are now in their 22nd year, are a fantastic way for children to learn how to research and present an argument, building their confidence and having fun as they do so.

I’d like to thank the organisers, the teachers and school staff and most of all, the pupils who all did such an amazing job.

After the first debate other councillors took the mayor’s place in the chair and in charge. They included the deputy mayor, Councillor Hilary Bills, and cabinet members Councillor Ruth Buttery and Councillor Nicolas Barlow.