Residents have a final opportunity to confirm they are eligible for the discount before increased bills are issued. If you are in receipt of a letter, please complete the review online or by using the enclosed form.

The Mayor of the Borough is elected at the Annual Meeting of the Council (usually in May each year). The Mayor serves for the whole of the Municipal Year until the next Annual Meeting. In the capacity as the Borough's first citizen, the Mayor attends many civic and ceremonial functions to represent the Council.

The Worshipful, the Mayor of Dudley

The Mayor presides over meetings of the full Council to ensure that business is carried out properly and efficiently, with due regard to the rights of Councillors and the interest of the Community. The Mayor ensures that the Council meeting is a forum for debate on important matters of concern to the local community and the place at which the Council's decision-makers are held to account. The Mayor upholds and promotes the purposes of the Council's Constitution and has a role to promote public involvement in the Council's activities. 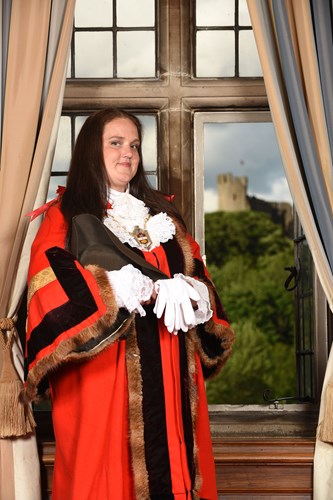 In the Mayor's absence, the Deputy Mayor will carry out the civic and ceremonial responsibilities of the Mayor.

The Deputy also serves for the whole of the Municipal Year from one Annual Meeting to the next. During the year of office, the Deputy Mayor will also attend many civic and ceremonial functions to represent the Council.