Have you thought about reusing your carrier bags or reducing your junk mail? These are just a couple of ways that you can reduce the amount you throw away. There are lots of other things you can do to help the environment by reducing and reusing your rubbish. 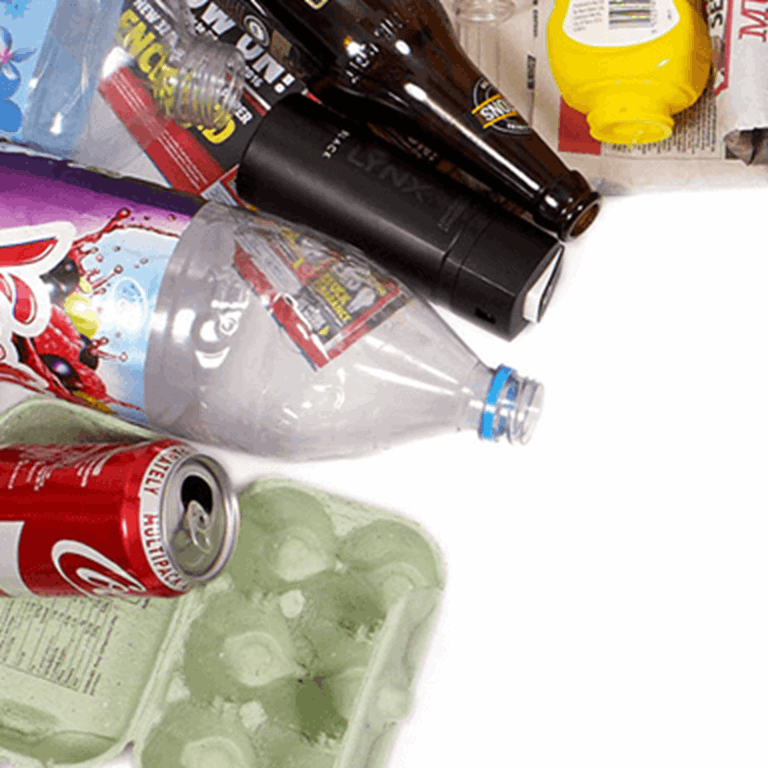 Wasted food is a waste of money and should be avoided wherever possible.  Food waste digesters & home composting are environmentally friendly options for the stuff that can't be avoided.

Discounted composters are available to Dudley residents via our Dudley Recycles website.

Whether it’s the last few slices of bread or the pasta that was cooked for two but could have fed four! Here are some simple tips which could help you save money:

Unwanted junk mail amounts to around 3% of all household waste.

This is a free service to remove the registered person’s name from up to 95% of direct mail lists. Each individual living at the household needs to register and your registration will need to be renewed every 5 years.

The Royal Mail provides a commercial door-to-door delivery service which is often used by organisations to send unaddressed mail, leaflets, etc. If you write to notify the Royal Mail that you do not wish to receive this service, you can be removed from the distribution list.

The address to write to is: Freepost RRBT-ZBXB-TTTS, Royal Mail Door to Door Opt Outs

Or you can email optout@royalmail.com

The actions detailed above will have no effect on direct mail sent to you by organisations with which you are an existing customer, or have previously been a customer. The only alternative is to contact the individual company or charity directly.

The Bereavement Register is a service specifically designed to remove the names and addresses of people who have died from databases and mailing files (call 0870 6007222).

Local authorities provide a check box on the electoral registration form offering the option to be excluded from the edited version of the Register of Electors that is sold to marketing companies.

Stickers displaying a message such as ‘No free newspapers, flyers or junk mail’ can be applied to your letterbox.

Office of the Information Commissioner

If you are continually sent junk mail after asking a company not to, you can ask the Information Commissioner to investigate your case under the 1998 Data Protection Act. Call 01625 545 745 or write to:

In Britain we throw away nearly 8 million disposable nappies each day. From birth to potty a baby typically gets through between 4,000 and 6,000 nappies.

Parents across Dudley are benefiting from an incentive scheme that’s helping them make the switch from disposables to washable nappies.

Dudley Council is offering the incentive scheme to encourage parents to use the real nappies because they are more environmentally friendly. Under the scheme, parents living in the borough can claim £30 when they spend over £50 on washable nappies or accessories.

"We decided to try washables for environmental reasons, but we never realised how much money we would save, our little girl went through 10-12 nappies a day during her first year. The cost of disposables would have been more than three times as much as I have spent on washables. Were expecting another baby shortly and both will use washables, it’s a lot easier than expected. The Dudley scheme is a great incentive as you can choose the brand and supplier."

"I used cotton nappies with my first child and having found them easy to use, was keen to do the same again with my second. This meant I could reuse nappies already bought, needing only to restock in liners and nappy powder for washing. I use a disposable nappy during the night, but on the whole I personally prefer not to use ‘smelly’ disposables. I found that my first child was aware of what it feels like to be wet and had an understanding of using the toilet to get rid of poo, all of which helped her leave nappies completely behind in the day by just over two and at night by three."

"My husband and I were very keen on using reusable nappies to do our bit for the environment and they are very simply and cost effective. Although the initial outlay was more expensive than disposable nappies, we calculated they would be far more cost effective in the long run.

Our daughter is 10 weeks old and has not suffered from nappy rash, like other babies I know, and I put that down to the fact that we are using reusable nappies - they are kinder to the skin and more breathable than disposables.

When we go out for the day, I do take disposable nappies for convenience so as not to have to carry dirty nappies in the bag. However, they are not as good a real nappies and I find that disposables often leak at the legs as they do not fit as well as the reusable ones.

I would certainly recommend people to try real nappies. They are easy to use, more cost effective in the long term, reduce waste and less smelly than disposable waiting to collected by the bin men."

"I didn't start using real nappies with my daughter until she was one. I was surprised at how easy they were to use and wash. I love having a choice of nappy styles and colours and will definitely think about using them with my next baby."

"I have found reusable nappies to be really good. Modern ones are very easy to use. I have saved money, and obviously done my bit for the environment too. I still use disposables when I am out and about, and at night time too, but when we are round the house, I use reusables. Just making this simple change will still make a difference to your pocket, and to the environment. Obviously it’s not ideal to have smelly nappies hanging around waiting to be washed, but I just put them in a lidded bucket in scented nappy bags. To be honest it’s nice not to have our household waste bin bulging with used disposables!"

Reduce your waste at home

These can be returned to most major mobile retailers. Some local schools and charity shops also collect old mobiles for recycling.

Each year over 21 million old CDs are thrown away in the UK. A new online service allows you to trade in your unwanted CDs for cash. Musicmagpie pays between 25p and £3 for each CD sent in using its free service, simply type in the barcode numbers from your old discs to see how much they’re worth.

Think about upgrading before replacing. However, you can donate your defective/obsolete computer equipment to nearby not-for-profit organisations that combine good environmental practice with social benefits by training the unemployed.

Please note that when getting rid of your old computer equipment you should ensure that you first remove and any personal information that you may have stored on them, such as photographs and letters.

There are a number of community furniture reuse schemes in and around Dudley looking for good quality furniture and household goods. Some schemes can collect from your door (a nominal collection charge may apply) or you can arrange a drop off at their store at a mutually convenient time. Some schemes also offer ethical house clearances for a nominal fee. All schemes listed are registered charities with proceeds going to good causes.

Support your local milk man and have your milk delivered in a reusable glass bottle rather than a disposable plastic one (glass milk bottles are reused an average of 13 times).

These can be recharged 100s of times, saving both money and helping to reduce the amount of hazardous waste you produce.

Reduce your waste out shopping

British shoppers use up to twenty billion disposable plastic bags a year - that's around 335 per person. Most of the major supermarkets now offer bags for life which can be used again and again. When they finally need replacing, the supermarkets swap the old bag for a new one - free of charge.

Buy your fruit and vegetables loose, avoiding polystyrene trays and plastic punnets. Think about signing up to a vegetable box delivery company – many will aim to keep packaging to a minimum, and also try and source local, seasonal food.

Items such as toilet paper, kitchen roll, writing paper, envelopes and bin liners can all be made from recycled content. Look for a recycling symbol with a percentage sign.

Buy big and then decant into smaller, reusable containers. When you buy items like coffee, teabags, cereal, or washing powder in larger containers, the product to packaging ratio is much better. Make sure they’re items that aren’t going to go off before you use them.

Consider giving ethical gifts that will provide real benefit to people in other countries, and won’t leave the birthday boy or girl with a mountain of rubbish. Water pumps, mosquito nets, goats and medication all make great gifts and can be donated through a number of different charities.

When expensive electrical items (such as white goods) stop working, many people assume that the item will need to be replaced.

The reality is that a simple repair of broken electrical items may be cost effective, and in some instances the retailer who supplied the item may have a legal obligation to pay for the work.

When expensive electrical items (such as white goods) stop working, many people assume that the item will need to be replaced. The reality is that a simple repair may be cost effective, and in some instances the retailer who supplied the item may have a legal obligation to pay for the work.

In the event that your electrical item has stopped working, follow these simple steps: -

How to get involved