Shakespeare's painting captures a mix of science laboratory, architecture showcase and family day out. It offers us valuable clues as to how zoos operated during the 1930's. The idea of a zoo visit being a 'social experience' for recreation... a family day out but we are reminded that visitors react in different ways ranging from sheer boredom to the desire to recreate through art (as seen by the boy crouching on the left).

There are eighteen humans in the painting; six are children. A family group which dominates the centre of the canvas show both children turning away from the primary exhibit - indeed the girl in white appears bored. Almost all are in a group of sort sort. The exception to this are two figures in the foreground both appear to work at the zoo; they are the only people not in a group. One is holding a watering can - possibly a zookeeper, their red tie mimicking the feathers of the bird they are tending, whilst the other is seated - is he selling seeds? There is possibly a male figure, with his hands in his pockets, standing behind two female figures at the back of the picture - was this Percy including himself in the painting?

Dudley Zoo opened in the hillside grounds of Dudley Castle in 1937.  It was an exciting development for the town and the buildings were very futuristic for the time, designed in reinforced concrete by Berthold Lubetkin and the Tecton Partnership. The Bird House was one of the twelve Tecton buildings that formed the basis of the new Zoo.

Purchased in 1990 with the assistance of the Victoria and Albert Museum Purchase Grant Fund and a donation from Ove Arup.

..at once a scientific centre, an example of an ultra-modern town plan in miniature and a source of entertainment for a huge industrial population 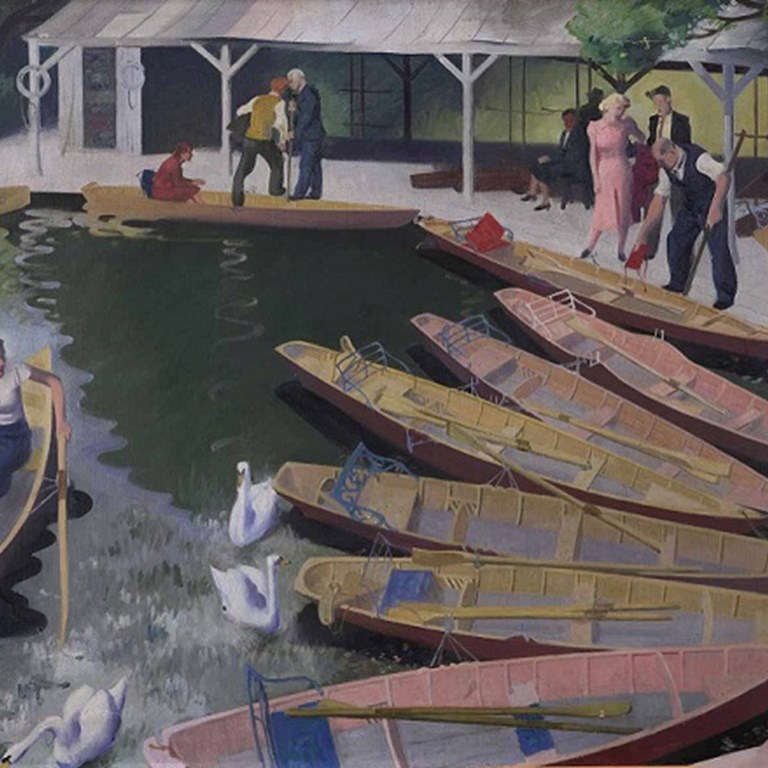 Learn more about Dudley's 'Painter of the 30's' 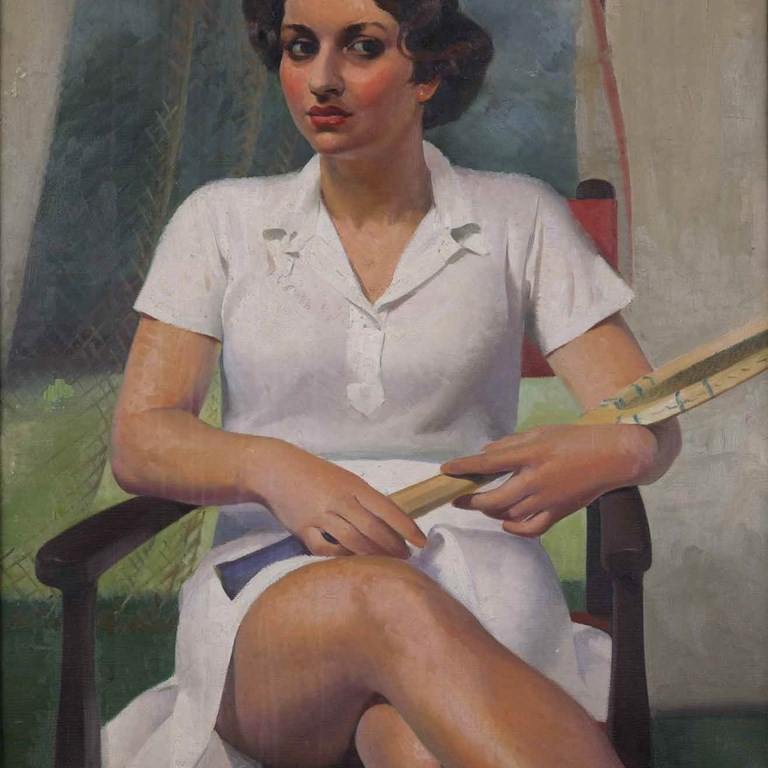