Discover the origins of the dinosaurs, life in the Jurassic seas, life in the air, and life on land... and finally their extinction.

The Black Country was a scorching desert and the world was beginning to recover from the mass-extinction event at the end of Permian times. Among the new species to arise were the dinosaurs.

The first true dinosaurs appeared on Earth about 220 million years ago. They thrived in this warm environment and many grew to enormous sizes. The earlier reptiles lumbered on all fours. They were heavy and slow, but the new species of dinosaurs to evolve were lighter and faster. They learned to walk upright and run which gave them the advantages of speed and agility.

Many forms appeared, small ones like the insect eaters Protorosaurus and Coelophysis were abundant. Large predators like Postosuchus hunted herds of herbivores, which had also increased in size to give them some protection from predators. Primitive dog-like, or mammal-like reptiles, the Cynodonts, appeared. They may have lived in burrows, like foxes or badgers, and probably scavenged and hunted at night.

It was during this period the first flying reptiles, the Pterasaurs appeared.

In the Jurassic period, the climate was still hot but rains were now falling regularly in many places and huge tree fern and conifer forests were spreading across the land. Between these forests, prairies of ferns and monkey-puzzle trees created open land. It is in this world that the first true dinosaurs appeared.

The largest and perhaps best known of the plant eaters at this time was Diplodocus - a true giant growing to over 40m in length, which weighted up to 25 tonnes.

Another famous giant herbivore from this period is Brachiosaurus - the tallest of the sauropods standing at 13m high. It was able to rear up on its hind legs, making it ideally suited as a treetop grazer beyond the reach of other dinosaurs. Weighing in at 70 tonnes, this was the largest land animal ever.

Other dinosaurs evolved body armour to survive the attack of predators. This included varieties such as Stegosaurus - 7 tonnes and armed with a huge tail spike it could defend itself against even the top predator of its time – the Allosaurus - whose skull you can see on display in this gallery.

The Cretaceous Period was relatively warm. Oceans formed as land shifted and broke out of one big supercontinent into smaller ones.

Though dinosaurs ruled throughout this period, the dominant groups changed and new types evolved. Towards the end of the Cretaceous Period, we see the appearance of most of the famous iconic dinosaurs. Tyrannosaurus Rex, Velociraptor, Baryonyx, Triceratops, Brachiosaurus, Spinosaurus.

At this time, many new plants and flowering plants appeared. They quickly spread and became the main ground covering. Their evolution was helped by  the appearance of bees to pollinate the plants.

Much of this life - including dinosaurs, pterosaurs, pliosaurs and ammonites - perished 65 million years ago when an asteroid hurtling through space hit the Earth.

It struck the Gulf of Mexico’s Yucatan Peninsula with the force of 10 billion Hiroshima bombs. The meteor crater is 180km from rim to rim meaning the asteroid must have been about 10km across. This together with the gases from the massive volcanic eruptions in Western India, started a series of catastrophic changes to the environment of the Earth and a mass extinction that saw 65% of life on Earth disappear.

Life did recover but it took millions of years and it was a very different place – the time of the mammals had dawned.

Not all dinosaurs became extinct, one small group did survive - we know them today as birds. 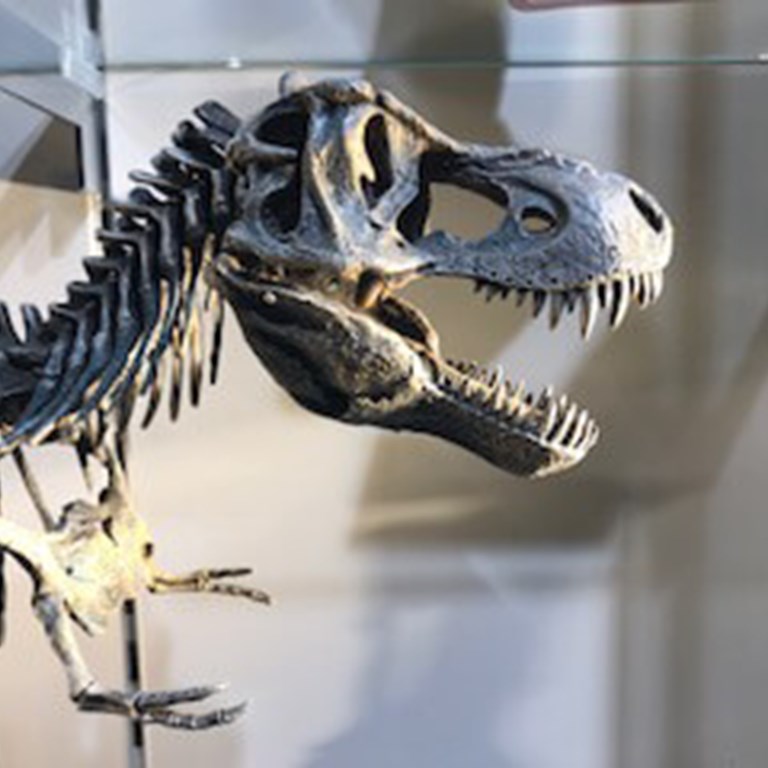 How to be a dinosaur - school visit 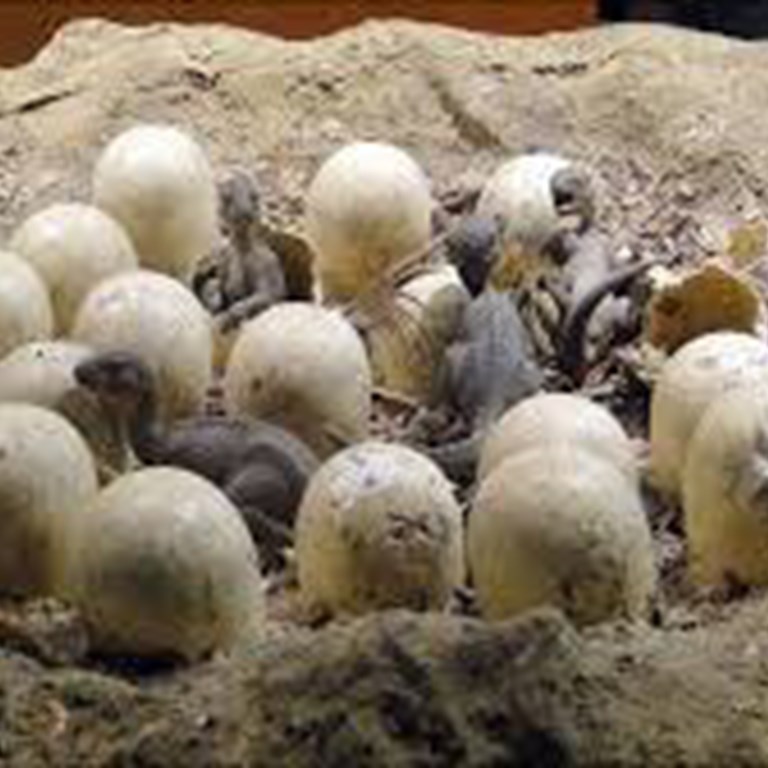 Learn about replica and real items we have on display and in our collections, then have a go at making a dinosaur nest and eggs.